Your Valuation in the region of...

Whilst this instant valuation provides a guideline, your local BHHS Kay & Co property expert will be in touch to provide a more accurate valuation taking into account improvements to your property, the local market and more.

Recently sold in the area

These properties near you were sold recently. 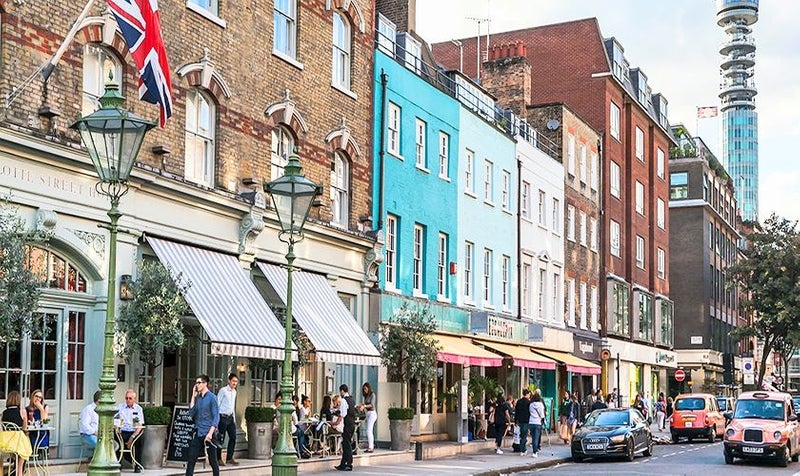 There can’t be many highly desirable residential areas that have been named after a local pub – but that’s what happened here.

Fitzrovia covers the area from Euston Road to the north, Oxford Street to the south, Tottenham Court Road to the East and Great Portland Street to the west. It enjoys all the benefits of a prime London location  perfectly positioned for glamorous West End living  but retains a quirky, village-style vibe. The tube connections are at Warren Street (Northern and Victoria), Goodge Street (Northern), Euston Square (Circle, Hammersmith and City & Metropolitan) and Tottenham Court Road (Central and Northern).

In the first half of the 20th century, this renowned bohemian district was famous for its Victorian pub, the Fitzroy Tavern on Charlotte Street, and for the artistic fraternity that frequented it (George Orwell and Dylan Thomas were regulars between the wars). Over time, the surrounding area became known as Fitzrovia.

Fitzrovia maintains a distinctive and irresistible appeal all of its own. With a charming mixture of stucco-fronted mansions, period townhouses and newly developed apartments, the area also benefits from a real sense of community.

Down the years, Fitzrovia has been home to artists John Constable and James McNeil Whistler, poets Dante Gabriel Rossetti and Dylan Thomas, architect Robert Adam, as well as poet and artist William Blake. Novelist Virginia Woolf and playwright George Bernard Shaw even lived in the same house on Fitzroy Square, although obviously not at the same time.

Perhaps because of its historic notoriety as a pub goer's paradise, its current reputation as a wining and dining destination or just the fact that it attracts a high proportion of young, ambitious, media and advertising types, Fitzrovia is not famed for being family orientated. Consequently, there aren't many schools in the immediate area  and any significant green spaces tend to be on the periphery. There are places to park, however, which is a big plus for some.

Although sandwiched between several thriving tourist areas, Fitzrovia doesn't attract the same kind of crowds and, at weekends, it remains relatively quiet and relaxed. You would therefore assume, quite correctly, that this is not a big shopping district. However, with the entire West End within walking distance, you hardly feel you're missing out. Indeed, some of the capital's most glamorous shops, theatres, cinemas and nightclubs are just minutes away. The local highlights, though, do include an impressive collection of contemporary art galleries, such as the Fold Gallery, the Alison Jacques Gallery and the two Rebecca Hossack Galleries. 10 per cent of all London's art galleries can now be found in Fitzrovia! The district is also home to a revitalising range of health spas, hairdressers and beauty salons, including Agua at Sanderson, Andrew Jose and the Radiance Beauty Clinic. 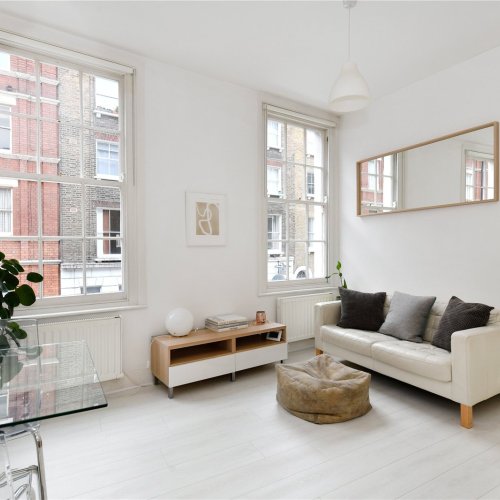 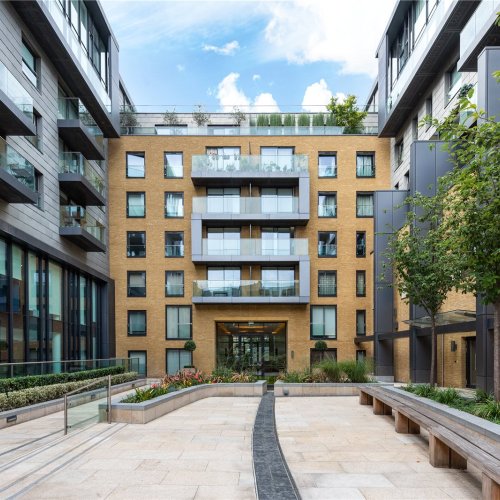